But we now live in an extraordinary time where men are being called to live in more daring way. This is a time for daring.

As I’ve pointed out in previous posts, we can view this as a bleak time, but I think that is the wrong response.

We are witnessing a great awakening where men from all quarters are starting to question the stringent orthodoxy upon which modern civilization is built. This questioning mindset indicates that we are on the verge of significant changes. It is up to men to lead those changes. If we do nothing, change will still come, but it will be unwelcome change.

From this moment forward, resolve to live with daring. In all things, choose the more daring path, even it is harder.

I don’t mean that you should dare take on pointless risks such as recreational skydiving. As St. Josemaria pointed out, “Daring is not imprudence. Daring is not recklessness.”

Even taking these smaller risks will improve your life. You will not always be successful. The girl might say no. The trip to the zoo might turn out to be a bust. But don’t give up on being daring. Taking these smaller risks builds up the habit of being daring. By developing the habit of daring, it makes it more likely that you will behave in a daring manner when a bigger opportunity presents itself.

Living with daring makes life an adventure. If you’ve ever seen an old Errol Flynn movie, there is usually a seen where Errol’s character is engaged in a sword fight. Errol’s enemy is always deadly earnest, but Errol is smiling even though he is faced with a life or death situation. He’s lighter on his feet and he is more willing to make the courageous move that allows him to triumph or make a bold escape. 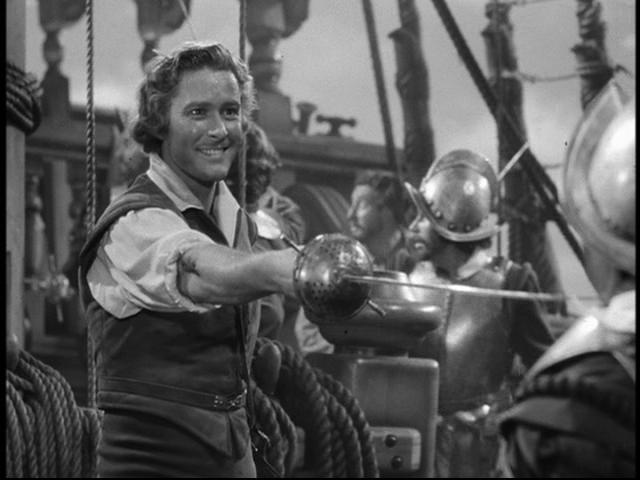 It is only a movie, but it serves as a good metaphor for our own lives. Approaching life with a grim determination can be effective, but not very fun. It is better to approach life with joyful daring.

If you are more daring, you will be more popular. Men and women are naturally drawn to the daring man. We all know about the phenomenon where girls are drawn to “bad boys.” I suspect it is not the badness that draws the girls, but the swashbuckling attitude associated with “bad boys.”

Living with daring works. I have found that I make the most progress when I am living with a swashbuckling attitude. Even setbacks are part of the adventure to be embraced with joy. Being daring puts your mind in state where you are more likely to see the opportunities.

Don’t let being comfortable rob you from a life of adventure. Live each day with daring.