The ideal modern man is concerned about his health. He does some cardio exercise, and lifts some weights but he is very careful not to overdo it because he is afraid that he might start looking like Arnold Schwarzenegger in his prime. He doesn’t eat fatty foods because they are bad for your health. He cringes at the Southern style cooking of Paula Deen. He might be a vegan or he might just avoid eating too much red meat. He takes pictures of his food and posts it on Instagram.

Hygiene is important to this modern ideal. His entire body is shaved or waxed. He might leave some hair “downstairs” because he is a “man” after all.

This ideal man is a believer in Science. Because of Science he knows that fatty foods are bad and that God did not create man. He thinks all religion is backward. He might wear Buddhist beads on his wrist though. Buddhism is cool.

The ideal modern man is a warrior—a warrior for social justice. His weapons are not the gun, the sword, or even his hands. His weapon is snark. The use of reason in an argument is foreign to him.

He is also a lover. He might believe in marriage, but only so long as there is love. If the love fades, he believes in consciously uncoupling. After all, Science teaches that a marriage “till death do us part” is unnatural for humans.

Who is this modern paragon of masculinity? It’s someone like Pajama Boy. Or like James Franco, who recently said, “I’m also gay in my life up to the point of intercourse, and then you could say I’m straight.” In other words, the ideal modern man is a wimp.

Women are taught that they should want the ideal modern man. No doubt, most women even believe it themselves. But sometimes, what women are reading or watching belies their words and gives us a clue to what women really want.

This is the case with the current Scottish Highlander Romance Craze, which got its start from the Starz television adaptation of the Outlander series of novels authored by Diana Gabaldon.

Outlander is the story of a twentieth century English woman named Claire Randall who is magically transported back in time to eighteenth century Scotland. While there, she meets and falls in love with a Scottish Highlander named Jamie Fraser.

The interesting thing about Jamie Fraser is that he is the very antithesis of the modern ideal man.

The modern world has largely abandoned the concept of honor. The modern man has no hill to die on. He will continue to give up ground until he literally has nothing except his life. Bertrand Russell captured this sentiment when he said, “better red than dead,” meaning that it would be better to be alive under communist domination than dead.

Jamie Fraser rejects this logic. He knows that certain things are worth fighting for—even dying for. When the English try to seize his ancestral lands, he chooses to fight knowing that it could cost him his life.

Unlike the modern social justice warrior, Jamie is an actual warrior. He is tall and muscular. He is skilled with pistols, the sword, and the dirk. But he is not just a fighter. He is classically educated. He quotes Homer’s Odyssey and he is fluent in Gaelic, English, Greek, Latin, and French. 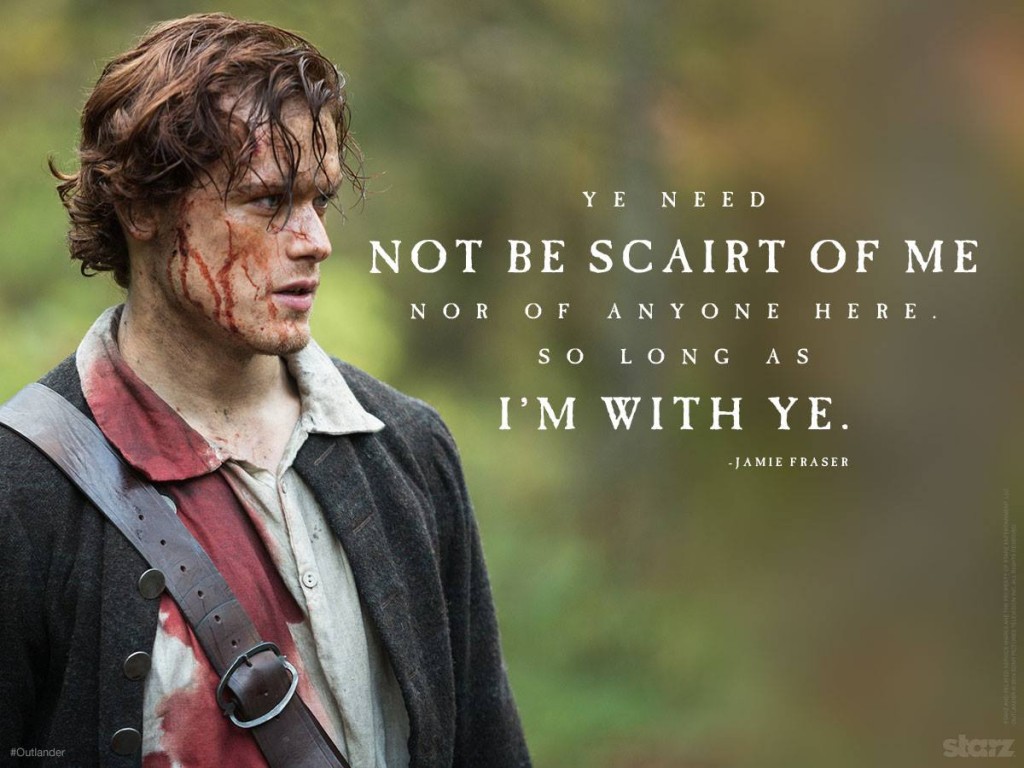 Perhaps most surprisingly, Jamie is a man of deep faith. He is a devout Catholic who prays the rosary, goes to confession, and honors his marriage vows.

Of course, Jamie Fraser is a fictional character, but it does give us an idea of what a woman really wants. She wants a man who is strong: someone who can protect her and her children. She doesn’t want a pansy who can’t open a pickle jar.

But she does not want a savage either. She wants a man who is educated. Someone who can reason as well as fight.

She wants a man who has honor; who stands for something more than just mere existence. A man who has deep faith. A man who takes his vows seriously. A leader who leads not out of a need to stroke his ego, but someone who genuinely cares for those he leads.

This is a tall order. Not many of us are going to be able to be the man that Jamie is, but he serves as a good model for a man who wants to rise above the mediocre.

It also goes without saying that a woman does not deserve a man of Jamie’s caliber unless she herself lives according to a high standard. But it is our duty as men to lead, to set the standard. If we stand up and take charge, women will follow our lead.