There is a war going on. The progressive Left is trying to get rid of anything that stands in the way of it gaining complete control of society. The truth is that the progressives dominate virtually everything, but there are still pockets of resistance that pose a threat to them. Read on to see if you are a member of one of the three groups that progressives hate most.

Before I get started, I should clarify what I mean when I say “progressives.” I don’t mean the Democratic Party in the US, although they certainly are progressives. Rather, the progressives I am referring to are those people who subscribe to the progressive philosophy. This philosophy has held sway since the Enlightenment, but it was already at work long before that. 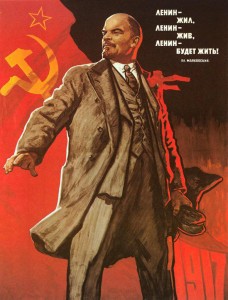 Progressive philosophy is fundamentally opposed to the traditional view of life. It opposes patriarchy, hierarchy, and traditional morality. Consequently, it opposes the following groups, which are surviving vestiges of the old order.

Christianity is, by definition, patriarchal and hierarchical. The Holy Trinity is not a democracy. Christ is the King of kings. Angels are higher than men. Even the angelic host is hierarchical—it is divided into nine choirs.

Modern Christianity has forgotten this. We’ve been taught that Christianity necessarily teaches equality and implies democracy. But when Christianity thrived, it naturally fostered monarchies and the tripartite order of priests, nobles, and peasants. This fact alone makes Christianity a threat to the world that progressives are trying to create.

Christian morality is also repugnant to progressives. Christianity is family-centered, but the family stands in the way of the progressive utopia. Progressives want the state, not the family, to be the center of life. Therefore, Christianity must be eliminated.

One way progressives do this is by painting Christians as uneducated, close-minded, ignorant, and uncultured. This approach marginalizes Christians. It keeps them silent about their convictions and it minimizes their influence over politics and culture.

Progressives do accept one type of Christian—this is the “who am I to judge” Christian who preaches mercy without justice, redemption but not repentance, and universal salvation regardless of belief or actions.

This type of watered-down Christianity stands for nothing. Thus, it poses no threat.

Progressives don’t fear all men. After all, most progressive thought leaders are men.

But they do fear a particular type of man. They fear men who think independently. Men who do not let the media spoon feed them opinions.

They fear men who are independent from the system. Men who do not need to rely on a salary from an employer. These men are dangerous because they can speak their mind freely—a luxury that our society affords only to financially independent men.

Donald Trump is the best example of such a man. Being a multi-billionaire, he has the freedom to say things that would destroy the livelihood of an employee.

There are many ways that progressives try to keep men in check. The progressive tax system, health care insurance options for small businessmen, and the difficulty getting small business loans are all in place to make it difficult for ordinary men to get ahead.

The other reason that progressives fear masculine men is that these men start families. And they are also ready to defend their families.

There are many subtle ways that our culture undermines the masculinity of men. Masculinity is actively discouraged today by feminism which posits that masculinity is in itself “toxic.”

Even children’s programming is geared toward uplifting girls and putting boys in their place. There are shows that overtly targeted at girls (fairies, magic, etc.) but none which are aimed exclusively at boys. My son’s current favorite is “Paw Patrol.” In it, the male puppies do heroic things, but they all sometimes mess up and end up falling down. The girl puppies do heroic things and they always do them perfectly.

I could multiply examples, but that is an article in itself.

I feel that I owe my readers something more than rehashed information. I try to stay current on where the culture is going so that you are armed to stay ahead of the curve. But sometimes, I run into uncomfortable ideas.

One of these ideas is that Whites are somehow inherently privileged and they must “pay.”

There is this article that subtly calls for violence against Whites, or White Wounding.

This Washington Post article by a rabbi calls on Jews to give up “whiteness” to fight racism.

Finally, there is this NY Times Magazine piece that says being white is a “moral problem.”

Another one of these uncomfortable ideas is that there is an effort to slowly dilute people of European ancestry through immigration. It sounds crazy, but this is no fevered conspiracy theory. There are people who have gone on record with saying that there are plans to turn Europe multicultural.

Why try to dilute European nations? I think there are several possible reasons.

Europe and nations descended from Europe (like the US) have held hegemony over the rest of the world for at least a couple of centuries now. Progressives have used this to stoke the flames of “White guilt.”

White guilt is simply the feeling that one has to atone for this hegemony in some way. It is not “fair” that other peoples have not shared in this hegemony.

White guilt is aided by the disappearance of the Christian idea of personal guilt. I am no longer responsible for my own sins. Rather, I bear the collective guilt for the sins, real or imagined, of my forebears.

The “penance” for the European peoples is to relinquish their hegemony abroad and destroy their heritage within. 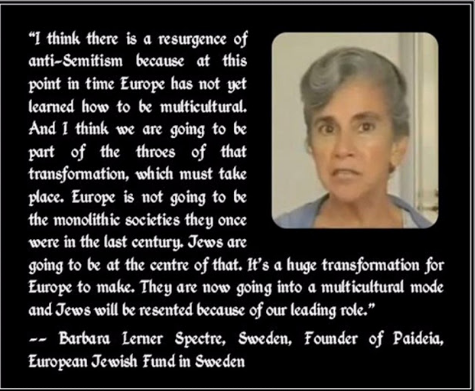 For Jews like Barbara Spectre and George Soros, making Europe and its daughter nations multicultural is a way of preventing the type of nationalism that fostered the Holocaust.

Another reason is that in Christian Europe, Jews were always outsiders to varying degrees. By reshaping Europe as secular, multicultural societies, it will become possible to bury Europe’s Christian heritage.

As Europe has lost faith, it has also lost its lofty humanism. Man is no longer “a little lower than the angels,” but he now merely an interchangeable economic unit. In this view, a person from Somalia is equivalent in every way to a German. Culture and genetics play absolutely no role.

This appears to be the view of people like Peter Sutherland, who is the United Nations Special Representative for International Migration. Sutherland notes that Germans are not reproducing; therefore importing Africans and Arabs to replace them will have a net benefit to both the immigrants and the German state.

Of course, this is not true. A Germany that is mostly Arab and African will no longer be German.

The ironic thing is that under the rubric of fostering diversity, this economic view of man would obliterate all cultural diversity. In its place, it would impose a dreary monoculture where the only thing that matters is buying and selling.

What is to be done?

If you pick up any major newspaper, talk to any university professor, or turn on the news, the progressive position on things is treated as an obvious truth. To question the progressive consensus is tantamount to insanity.

Obviously, I disagree. The progressive consensus is falling apart; collapsing under its own weight. Our job is to help it by giving it a shove.

We merely have to go in the opposite direction of where progressives are trying to lead us.

Instead of subscribing to watered-down, progressive-pleasing Christianity, live the manly, traditional form.

Instead of adopting feminism, express your masculinity to its fullest by acting boldly and decisively. Focus on your own success. Forge close relationships with like-minded men. Support your “tribe.”

Instead of fearing being called a racist by our multicultural-pushing elites, vote for politicians who will foster your best interests, not those of the global elite. Be generous in having children.

If enough of us act in this way, victory is assured.