While attending the Democratic presidential candidate debate in Las Vegas, I found the following document on one of the tables in hotel lobby. I suspect it may be a forgery, but I still find the document interesting so I am posting it here with no additional comment. Apologies to C.S. Lewis. /Michael

I am pleased to report that we continue to make excellent Progress on all fronts. It would not be an understatement to say that Our Prince’s plans are succeeding beyond our wildest expectations.

Other men still insist on the “real thing.” We’ve succeeded in persuading these men to use women as living Fleshlights. This, in combination with the work of the Department of Feminism’s emphasis on female enslavement liberation, has created the Pick-up Artist, or PUA. A portion of PUAs will remain that way for their entire lives, going from one sterile, pointless sexual encounter to another, unable to commit to a single woman. Others will later commit, yet find it impossible to be faithful. In either case, the result will be delicious: broken families, bastardy, disease, and unhappiness.

The Department of Indoctrination is pleased to report that our program of learned helplessness is also progressing well. We have successfully taught men to despise manual labor. They now believe that trades such as plumbing and carpentry are beneath them. This leaves men unable to do the most basic things in life. Instead, we teach them to rely on immigrants from the third world to perform menial tasks for them.

However, our finest work in the area of learned helplessness has been to condition men to let “experts” think on their behalf. Here are a few examples of our techniques:

The Department of Physical Culture also reports smashing success in feminizing men. Western societies now frown on men who resemble actual men. The warriors of the past, who were once regarded as paragons of manhood, today would be regarded as examples of “toxic masculinity.”

Modern men have been trained to believe that their natural omnivorous diet is somehow unhealthy and unenlightened. Instead, they forego eating animal flesh in favor of drinking powder from soybeans or ground up peas.

We’ve also suckered Westerners into believing that Progress is worth having their environment polluted with endocrine disruptors. The combination of the substandard diet and the addition of endocrine disruptors has resulted in the development of a parody of true masculinity—the soy man. 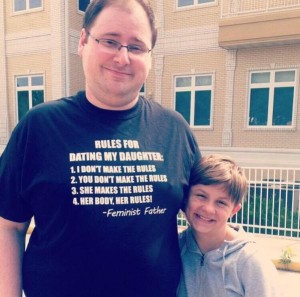 As you know, we have spent centuries perfecting the idea of feminized soy men, and now that they are here, the results are better than expected. Of course, soy men are physically weak—they do not have enough cholesterol in their diet to support healthy testosterone production and they lack sufficient protein to build muscle mass. But because they lack adequate testosterone, the soy men tend to think like women, which means that they support the same political policies as women.

The advent of the soy man is so important because it allows us to quickly advance our agenda. Whereas in the past it took centuries to undermine the Enemy’s teaching, now it only takes a few years. For example, we’ve introduced our push to make child rape legal much earlier than we had planned. Even we cannot believe our good fortune!

Save the Soy Men

While the results are overwhelmingly positive, I would be remiss if I did not inform you of a slightly disturbing counter development. For reasons that we are currently unable to explain, some men are resisting our plan.

Although some of these men have never fallen for our subterfuges, the majority of these men were once fully under our control and later experience a type of awakening. Once this awakening occurs, it has proven very difficult for us to recapture them.

There are several tactics that we are using to counter these awakened ones.

Arresting Development: The awakening is usually a process that these men undergo. We have been able to successfully halt the process in a large number of men. For example, we have convinced many men that they have “swallowed the red pill” by learning to seduce as many as possible. At that point, they feel that they are fully “red pilled” and that further awakening is unnecessary. The man remains fully in our camp.

Internecine Conflict: To be successful, these men need to be united. As usual, we are working to destroy their pathetic efforts at achieving any sort of unity. We pit the Orthodox against the Catholics, and JPII Catholics against traditional Catholics, and Protestants against all of them. We also have been working to confuse awakened men about the best way of proceeding to undermine our work. Is it libertarianism and democracy? Catholic monarchy? The formation of a pagan Männerbünde?

By confusing them, we keep them off balance and render them ineffective against us.

Mockery: For men who do awaken, we have arranged a systematic program of mockery. As usual, the most popular media organs, including the so-called “conservative” ones such as National Review, consistently pump out our messages.

We tell men who are awakening that they are “on the wrong side of history.” We tell them that their opinions are extreme, and completely outside of the mainstream. We call them ignorant hicks. We call them uneducated and stupid.

All the while, we never actually rebut their arguments intellectually—mockery is much more effective.

Persecution: It is becoming clear that some men will not respond to our other tactics so we are gearing up a persecution of those who do not march lockstep with our narrative.

Are you criticizing the insane policy of immigration that your country has adopted? We will ban you from social media. Or even take your children away from you.

We are also working to shut down masculinity sites because it might hurt feminist feelings.

Thankfully, the numbers of men who resist our indoctrination are few, and our efforts to neutralize them are proving to be adequate at the current time. I trust that by the time of my next status report, this small but disturbing movement will have been completely and utterly crushed.