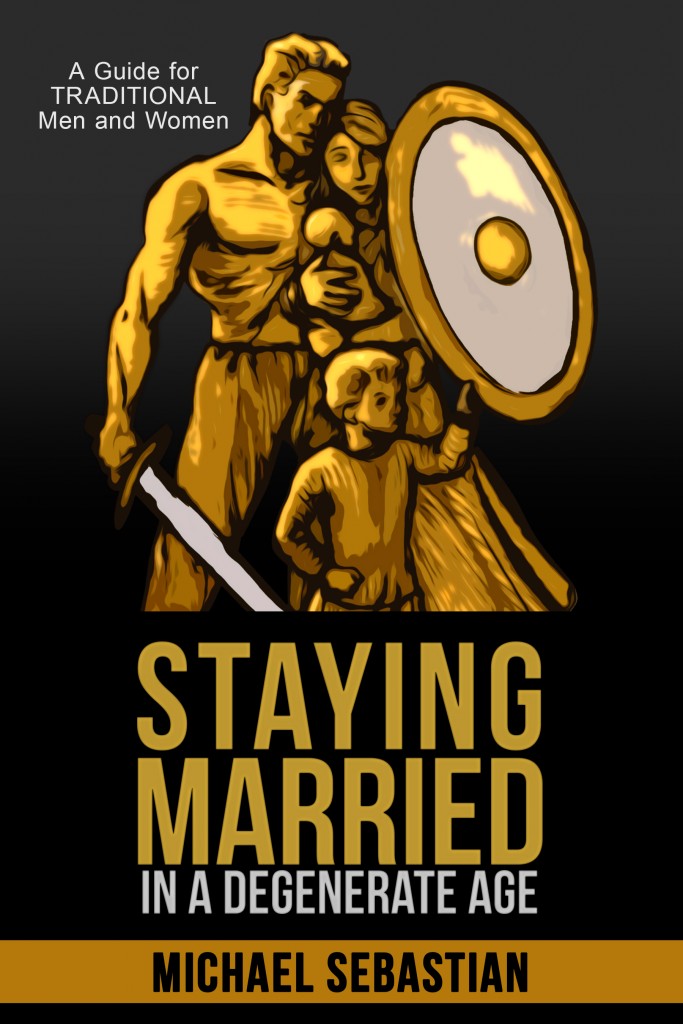 My new book, Staying Married in a Degenerate Age: A Guide for Traditional Men and Women, is now available in the Kindle edition. The paperback version will become available soon.

Our culture has declared open war upon marriage and the family. Although this war has been going on for a long time, the most virulent attacks began hitting in the 1960s with the introduction of the Pill and the advent of second-wave feminism.

The culture is winning. It is fair to say that marriage is on the ropes. Over 50% of marriages, including Christian marriages, end in divorce. And for many millennials, marriage is not considered a serious option anymore. They prefer to just cohabitate.

Some might be fooled into thinking that the war is over. They think that enough damage has been done that our elites will just leave traditional men and women alone. They won’t. They will continue to attack until every shred of the divine order has been stamped out.

There are some who hope that by electing a True Conservative®, we can begin to turn the tide. But that approach is backwards. We must first change our culture. Only then can we begin to reclaim the ground that has been lost.

Staying Married in a Degenerate Age is intended to be a handbook for one crucial piece of restoring the culture: rebuilding traditional marriage. In the book I discuss the forces that are attacking marriage in detail.

But the book is more than just an academic discussion of the upcoming cultural battles we will face. It also provides practical advice that every married couple needs to be aware of, including:

And because your choice of a spouse is probably the most important decision you will ever make, I included two chapters dedicated to single men and women. The first provides what you should look for in a potential spouse. The second gives some things that you can do to maximize your chances of attracting the right person.

If you leave a review for Staying Married in a Degenerate Age on Amazon from now until April 7, 2016 you will be entered for a chance to win a $100 Amazon Gift Card

HOW TO ENTER: Read the book and leave a friendly review at amazon.com. Next, send an email to contest@honoranddaring.com with a link to your review.

It may take up to 48 hours for Amazon to post the review. Keep this in mind to ensure that your review posts before the deadline.

Thank you for reading!